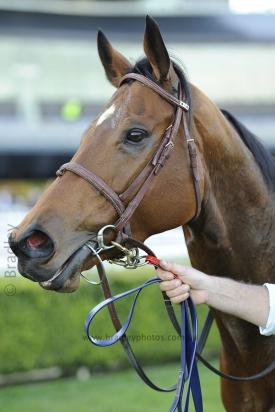 Private Secretary was the ultimate professional again in Adelaide in May.

After not a lot of luck in the Magic Millions race in January, running second, she followed this up with a great run in the Group 3, Wenona stakes at Randwick in March. She then travelled to Adelaide to contest the Group 1 Robert Sangster Stakes. Unfortunately she did not have a lot of luck in running and the breaks did not come. She pulled up well and then headed to the Proud MIss Stakes, Group 3. As usual she tried very hard, but did not get any breaks in running and ran another creditable second. She has now won more than $400,000.00

She arrived home in good condition and has gone for a well earned spell.