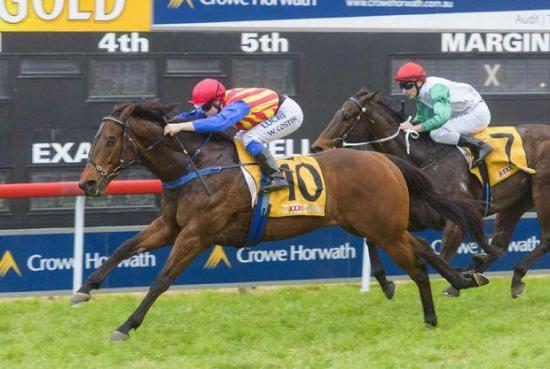 TOP STRIKER was able to win on both the 2nd July at Hawkesbury and on the 16th July at Wyong. Top Striker had won three consecutive races this preparation

LYRIC won the Kirby on the last day of the Grafton Carnival on the 9th July.

BRACES won the Guineas on the 8th July

New acqusition All Assured won at Wyong on the 28th July.

All winners were abely ridden By App. Winona Costin.