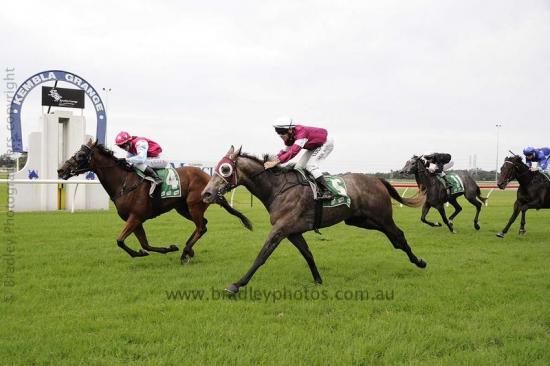 A number of horses in the stable did a great job in producing a win in April and May.

Firstly, Private Secretary kicked off the month with another good win at Warwick Farm. This has given the mare, 2 consecative wins now at Randwick and Warwick Farm over the 1100m distance. Well ridden by Christain Reith.

Carlino's Way was a winner at Kembla Grange, a great excitement to his owners after having some time off to mature. This was his first win in only his 3rd start back. He won over 1600m and abley ridden by J Taylor(a).

Braces was able to notch up his first win at Goulburn. Braces was well ridden by M Bell and his race record has always been strong. This prep in his three runs back he has not missed a cheque, a win, a second and a third. He has his own personality but has developed into a very genuine racehorse

Rounding off the period, Centro Superior was a strong winner at Nowra at the end of May. His win was well deserved and he also had a tidy race record to date. After a spell, a nice trial and then a second place at Gosford for his maiden win. He had 9 starts for a win, 2 seconds and 4 thirds.