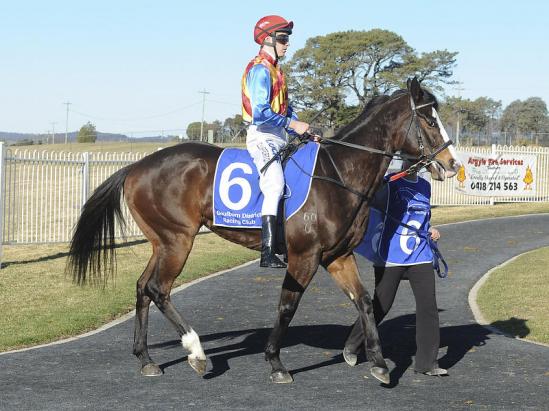 Caldane settled comfortably once the speed slackened midrace before the son of California Dane strode into the race from the 500 metres.Caldane eased off the inside as the field entered the straight but took until the 200 metres to hit top gear.The promising galloper descended on the opposition in the last 100 metres before drawing away to score a comfortable 1-1/4-length win.

After being placed at Randwick and then failing in the Wagga Guineas, Goulburn looked to be his next chance for a win.

Again in August in a class 2 event Caldane was able to post another strong win at Goulburn.

Caldane earned another $8200 for connections, taking his earnings to more than $48,000.