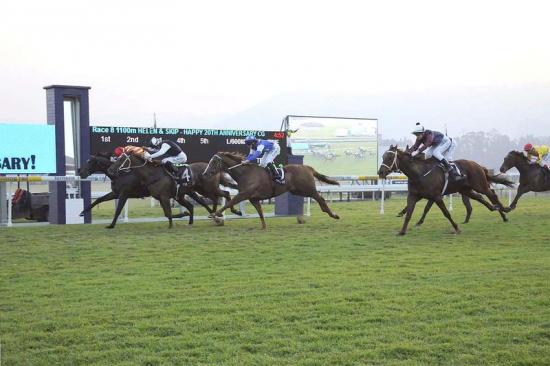 Sky Prince has done extremely well so far this prep.

Congratulations to all involved.

Sky Princes' first win was on the 8th August 2013 at Hawkesbury.

His first run back from a spell was full of merit and he was only narrowly beaten at Hawkesbury the fortnight previous. He won the first race of the day at Hawkesbury over 1000m. He was abley ridden by Tommy Berry. He won by a length and was justifiably favourite paying $4.20. The second place runner was also able to win its next start franking the form,

Sky Prince was then able to follow up with his next win at Gosford on the 25th August 2013.

He won the last race at Gosford, a Benchmark 65 for colts and geldings over 1100m. He was able to beat the favourite Prince Rahy by a nose paying $4.80 on the day.