THE WEAPON SHOOTS CLEAR AT CANTERBURY 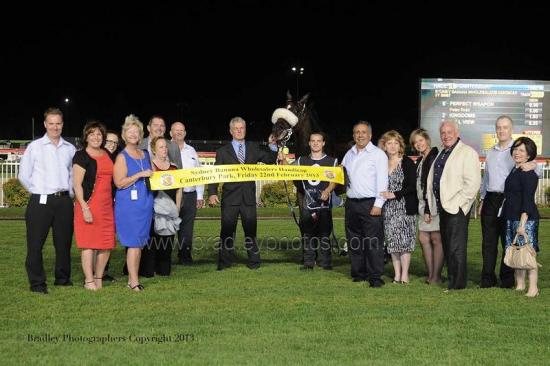 Perfect Weapon  (3y br g Canny Lad x Shamsie) was able to post his first metropolitan win on Friday night. The win at Canterbury on the 22nd February 2013 was a strong win and he never looked in doubt, further demonstrated by the confident ride of Peter Robl

The Weapon though still maturing has shown he is very keen to be a racehorse - evident by his consistency in running a place every start this prep. He has had 5 starts for 3 wins and 2 seconds this time in.

Today he was able to jump well from barrier 3 and he was always able to be travelling in a comfortable position until the turn. He was then able to work strongly to the line and was never threatened.

He defeated the favourite Kingdoms